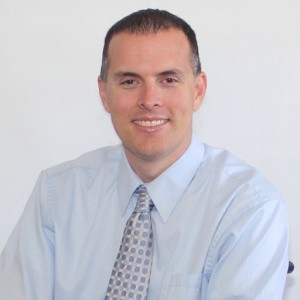 What Are The Signs That You May Have Fibromyalgia?

Fibromyalgia (FM) is a complex chronic pain condition. It affects people socially, physically, and mentally. In the past, FM was called fibromyalgia syndrome, fibromyositis, or fibrositis. Even then, it has a reputation for causing widespread pain throughout a person’s body. Its symptoms often come and go. However, whenever the symptoms become severe, they can be exceedingly crippling. As a result, it can potentially interfere with your regular routines and dramatically impact your quality of life. Thankfully, fibromyalgia chiropractic can help you deal with the condition.

According to the National Fibromyalgia Association, there are as many as 10 million fibromyalgia patients in the United States. It roughly means about 6% of people worldwide. Fibromyalgia is one of the most prevalent conditions. Women are more prone to it than men, accounting for 75 to 90% of FM patients. However, it can also affect men and children.

FM often happens among families – among mothers and their children or siblings. Usually, people get diagnosed between 20 to 50 years of age. The frequency of FM cases increases as more people age. However, by age 80, almost 8% of adults become more susceptible to fibromyalgia.

Below are the ten leading symptoms of fibromyalgia:

It is the most commonly recognized symptom of fibromyalgia. Muscle pain occurs as a persistent and dull ache that may linger for several weeks or even months. The pain feels like a sensation of the muscle being pulled or overstraining. It is a pain similar to after doing an intense physical workout. Muscle pain should occur on both sides of your body to become diagnosed with fibromyalgia, often above and below your waist and within specific tender spots. Fibromyalgia patients may feel pain in 18 tender places in the body.

Fibromyalgia patients regularly complain of being constantly tired whenever they have a flare-up. They also wake up feeling tired, and this feeling continues throughout the day. Recommendations to combat this fatigue include developing coping mechanisms such as low-impact exercises (walking, swimming, and yoga) and specific practices that increase your energy levels. These activities can help you not feel worn out any further.

Most FM patients feel pain in the joints, including these areas:

As a result, this often causes the person to visit their doctor for pain relief. Usually, this symptom would sometimes become misdiagnosed as arthritis.

Hyperalgesia and hyperesthesia describe the sensitivity to touch that most FM patients experience. Hyperalgesia is a heightened increase in pain sensation. For example, if you stubbed your toe, it would result in feeling throbbing pain for several hours or even a few days later.

On the other hand, hyperesthesia is an increased sensitivity to your sensory input of touch. An example of this would be if you were under a light blanket. However, instead of feeling the blanket’s light fabric, you think you are weighed down by a dense and coarse lead weight. Either of these conditions can cause you to feel so bad that you can no longer participate in normal daily activities.

When an FM patient suffers from this symptom, he or she would have a heightened sense of smell, sight, and touch. Any minor environmental stimulus becomes a huge challenge for them. For example, cigarette smoke can cause nausea. It would be the same with fresh paints or chemical-based substances. Soft to moderate music becomes too loud and hard on their ears.

Irritable bowel syndrome (IBS) is not uncommon for those with fibromyalgia. Some patients also experience constipation, while others have diarrhea.

Insomnia and disturbed sleep are prevalent for FM patients. Also, it may be due to the nature of FM. It tends to disturb your sleep cycle frequently, and it prevents you from getting enough rest. Thus, it can start causing a vicious cycle where it makes your other health issues worse as time goes by.

It is common for FM patients to have chronic migraines or other types of persistent headaches. These would often be crippling and triggered by environmental factors like strong scents, bright lights, and loud noises.

Fibromyalgia impacts a person’s focus, concentration, and memory. What is not entirely clear is whether this is due to extreme fatigue that accompanies FM patients or another different reason entirely. In general, short-term memory happens. It is also known as fibro-fog or a mental sensation of sluggishness or cloudiness.

Extreme spasms often happen without warning. These are all too familiar for FM patients. Sometimes, the muscles spontaneously spasm and affect one or more muscle groups in the body. It would even occur while you are sleeping. As a result, this contributes to getting interrupted sleep and feeling extremely tired all day.

Studies proved that fibromyalgia and any misalignment in the atlas or axis vertebra of the upper cervical spine have a connection. The atlas and axis bones are crucial vertebrae in the spine. These vertebrae support and enable mobility of the head and protect the brainstem. If any of these bones shift out of alignment, they will put extreme pressure and stress on the brainstem. As a result, the brainstem malfunctions, which would cause the inappropriate sending of messages to the brain and other various health problems, including fibromyalgia and its accompanying symptoms.

NUCCA chiropractors use a method that will not inflict further pain on the back or neck. It is a very gentle and highly precise method that does not include popping or cracking the spine. Instead, it encourages the atlas to move back into its proper position naturally. Many FM patients experienced significant improvements in their various FM symptoms.