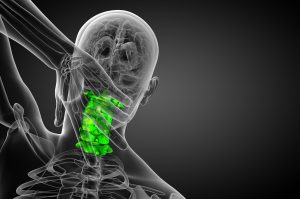 A 2009 study revealed the benefits of an upper cervical low force correction for helping to relieve neck pain and disability, and more recently, research performed in 2015 showed NUCCA and other upper cervical techniques to be effective at relieving various conditions including neck pain with no major reactions.

Study on Neck Pain and Disability

60 patients met the criteria for the study. A comparison was made using the NDI scale (1-100) to measure neck disability and NRS scale (1-10) to measure pain. Measurements were taken after a two-week period and were divided into two categories, those who received a correction of greater or less than 30%.

The group that experienced the greater than 30% atlas correction saw the more outstanding results:

The group that experienced less of a correction also benefited:

These results are very promising when it comes to using low force corrections to achieve relief from neck pain.

The 2015 research revealed that upper cervical chiropractic care helped to relieve 62% of cases of neck pain in under 17 days. Some of this research was NUCCA specific and particularly showed neck pain relief in patients who were suffering from Multiple Sclerosis. It is also important to note that this research revealed no serious adverse reactions to upper cervical care, reinforcing the fact that this is a natural method of care that helps patients avoid the harmful side effects of many medications.

About the Author: NUCCA